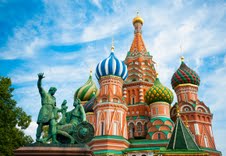 Monument to Minin and Pozharsky, Moscow

Siberian cats may be fairly new to the United States, but they are far from new to the Asian continent and to Europe. Exactly when and how the Siberian made his way to Siberia (and subsequently to Moscow and St. Petersburg) is not known, but it is theorized that the breed arrived with Russian emigrants.

The cats survived and developed into a hardy, semi-long haired breed able to withstand the unforgiving conditions of the region.

The breed then spread throughout Europe, and the Siberian was noted in Harrison Weir’s late nineteenth century book, Our Cats and All About Them, as one of the three longhairs represented at the first cat show held in England in the 1700s.

Until the 80’s, Russia did not allow citizens to own any kind of household pet, pedigreed or otherwise, possibly because of a housing and food shortage. It wasn’t until 1987 that the Kotofei cat club was formed and breeding records started being kept. The first cat show in Moscow was held in 1988.

Breeder Elizabeth Terrell of Baton Rouge, Louisiana, is credited with bringing the Siberian to the American cat fancier.  One male and two females were imported June 28, 1990. Terrell also developed the breed standard based on the Russian standard and adapted to American cat fancy terms.

The systematic breeding or selective breeding of Siberian cats in Russia started less than 20 years ago. Until recently, one could easily see Siberian-type cats in the streets of large cities of Russia like Moscow and St Petersburg. These cities gave rise to the foundation of the breed, but some cats from Siberia and Eastern Russia also participated in the country’s breeding program from the beginning. 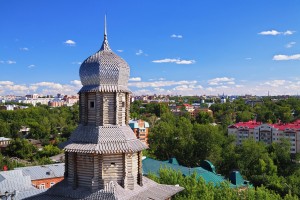 Current programs have a strong emphasis towards bringing Siberian cats from these eastern regions as well as from the northern part of European Russia into breeding programs. This is of vital importance for broadening and stabilizing the genepool.

The Siberian is similar to, and yet quite distinct, from Norwegan Forest Cats (NFC) and Maine Coon (MCO) cats, two other well-known wild-like semi-long haired breeds. Although medium large to large in size, Siberian cats generally look more compact than either of these breeds. The head is substantially broader and neither triangular (as with NFC), nor rectangular (as with MCO), but trapezoid and rounded. The profile is also shorter with a slight, muzzle curvature in stark contrast with the straight muzzle of NFCs and extended muzzle of MCOs. The feet are thick and relatively short, especially comparing to MCO. Body and chest should make an impression of power both in males and in females.

Siberians are now recognized and registered by both TICA and CFA.

Copyright © 1998 by Barron’s Educational Series, Inc. based on
ENCYCLOPEDIA OF CAT BREEDS by J. Anne Helgren.