Stay Well With Your Animals

Most pet owners don’t need reminding. Animals make people feel good. But we’re talking about more than feeling glad they’re around. Your favorite animal can make you healthy and help you stay that way. You may be surprised at just how many ways a pet can improve your health.

It only takes 15 to 30 minutes with a dog or cat or watching fish swim to feel less anxious and less stressed. Your body actually goes through physical changes in that length of time that make a difference in your mood. The level of cortisol, a hormone associated with stress, is lowered. And the production of serotonin, a chemical associated with well-being, is increased. Reducing stress saves your body wear and tear.

You still have to watch your weight and exercise. But having a pet can help you manage your blood pressure. In one study of 240 married couples, pet owners had lower blood pressure and lower heart rates during rest than people who did not own a pet. That held true whether they were at rest or undergoing stress tests. Another study showed that children with hypertension lowered their blood pressure while petting their dog.

To manage cholesterol, doctors still recommend that you follow guidelines regarding diet, exercise, and medication. But owning a pet has the potential of making it easier to avoid the dangers of cholesterol. Researchers have noted lower levels of cholesterol and triglycerides in people who own pets compared to people who don’t. However, this could be attributed to lifestyle factors of pet owners.

Cats and Dogs Good for the Heart

Research has shown the long-term benefits of owning a cat include protection for your heart. Over the 20 years of one study, people who never owned a cat were 40% more likely to die of a heart attack than those who had. Another study showed that dog owners had a significantly better survival rate one year after a heart attack. Overall, pet owners have a lower risk of dying from any cardiac disease, including heart failure.

Pet an Animal to Fight Depression

Therapists have been known to prescribe a pet as a way of dealing with and recovering from depression. No one loves you more unconditionally than your pet. And a pet will listen to you talk for as long as you want to talk. Petting a cat or dog has a calming effect. And taking care of a pet — walking with it, grooming it, playing with it — takes you out of yourself and helps you feel better about the way you spend your time.

Make Your Pet an Exercise Buddy

If you exercise with your pet, you’ll both benefit. Shine a flashlight on the wall or wave a string while you do a step aerobics routine. Your cat will get a healthy workout chasing the light, and you’ll be thoroughly entertained. And nationwide, there are yoga classes for people and their dogs, called doga. Call your local gym or ask your vet if there are similar programs in your area.

Researchers aren’t sure why. But cat owners have fewer strokes than people who don’t own cats. It’s partly due to the effects owning a pet can have on a person’s circulation. But researchers speculate that cats may have a more calming effect on their owners than other animals do. It may also have something to do with the personality of a cat owner. Cats often become the focus of their owner’s interest, which diverts them from other stressful worries.

Researchers have noted that when children grow up in a home with a dog or cat they are less likely to develop allergies. The same is true for kids who live on a farm with large animals. In addition, they have higher levels of certain immune system chemicals indicate a stronger immune system activation, which will help keep them healthy as they get older.

It sounds counterintuitive. Pet allergies are one of the most common triggers of asthma. But researchers have studied the effects of having cats in the homes of infants at risk for asthma. What they found was that those children were significantly less likely to develop asthma as they got older. There is one exception. Children whose mothers have a cat allergy are three times more likely to develop asthma after early exposure to cats.

For people with diabetes, a sudden drop in the level of blood glucose can be very serious. Some dogs can alert their owner to a dangerous drop before it actually happens. They may be responding to chemical changes in the body that give off a scent. The alarm gives the owner time to eat a snack to avoid the emergency. About one in three dogs living with people with diabetes have this ability. Dogs for Diabetics is training more dogs to help more people.

Working With a Counselor

Some mental health therapists use a dog in therapy. A dog in the office may help someone be more at ease. But that’s not all. A remark to or about a dog may reveal what’s really on a patient’s mind. One therapist tells about a couple in his office who started bickering. The dog, which usually just slept during the session, got up and wanted out. He used that to help the couple see how their fighting affected others, especially their children.

Cats and dogs both get cancer, and both benefit from research on human cancer. But more and more the opposite is also true. Humans are benefiting from research on pet cancers. Dogs and cats can get the same kinds of cancers humans do. For example, studies of prostate cancer in dogs have led to a better understanding of how it develops in older men. And preventing cancer in pets can lead to new prevention strategies for their human owners.

Overcoming the Limitations of ADHD

Kids with ADHD can benefit from working with and keeping a pet. Taking charge of the tasks on a pet care schedule helps a child learn to plan and be responsible. Pets need to play, and playing with a pet is an excellent way to release excess energy. That means an easier time falling asleep at bed time. And because the bond between a pet and a child is unconditional love, pets help children with ADHD learn about self-esteem.

Sensory issues are common among children with autism. Sensory integration activities are designed to help them adjust, for instance, to the way something feels against their skin. Or it may be how they react to certain smells or sounds. Dogs and horses have both sometimes been incorporated into these activities. The children typically find it calming to work with animals. And animals easily hold the attention of children with autism.

Stretching With the Cat

If you have arthritis, you know its important to stretch. You also know it can be hard to know when you’re stretching enough. An article in Arthritis Today advises cat owners to take a cue from their cat. Watch how many times she stretches every day, and when she does, you do it too. If you can, get down on the floor and go through the same motions. If you can’t get on the floor, sit on a chair and follow along by stretching your upper body.

If your dog has arthritis, you can use the effort to manage his to help manage yours. When you make an appointment at the vet, also call and make your own doctor’s appointment. Regular exercise is important for both of you, so walk with your dog. Keep your medicine in the same place you keep the dog’s. That way you’ll see it when you get his. And if you can, coordinate taking your medicines at the same time you give him his medicine.

People with rheumatoid arthritis derive benefit from movements like walking and throwing a Frisbee with their pet. And pets provide a distraction that can help take your thoughts off of your own condition. But perhaps the best help comes from those dogs or cats that seem to be super sensitive to people who aren’t feeling well. Sometimes just their presence can provide a relieving comfort.

People with AIDS are less likely to be depressed if they own a pet, especially if they’re strongly attached. And with an animal in the home, people with Alzheimer’s have fewer anxious outbursts. The animal also helps the caregivers feel less burdened. Cats seem to be particularly helpful since they require less care than dogs. 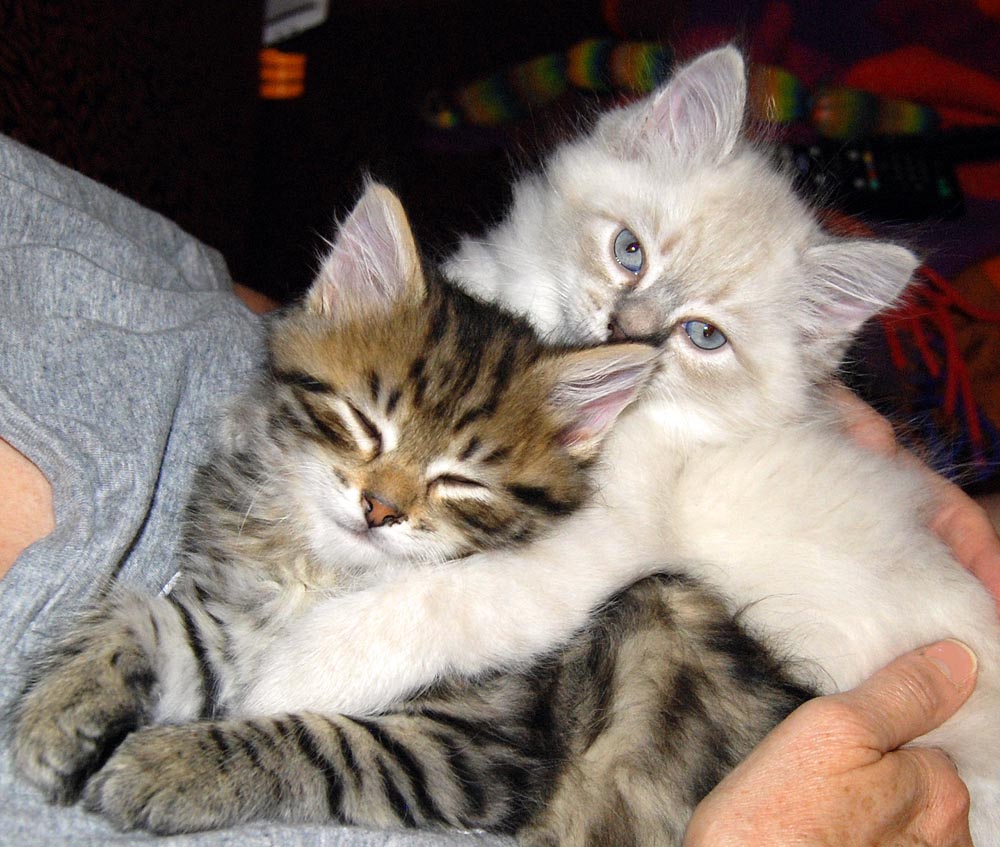 This entry was posted in Cats. Bookmark the permalink.